After a status quo April (here are the entries for January, February, March, and the first Quarter analysis), I really back-slid for May with 4(!?!) nights.

Reviewing May, I have a number of observations I’ve noticed: 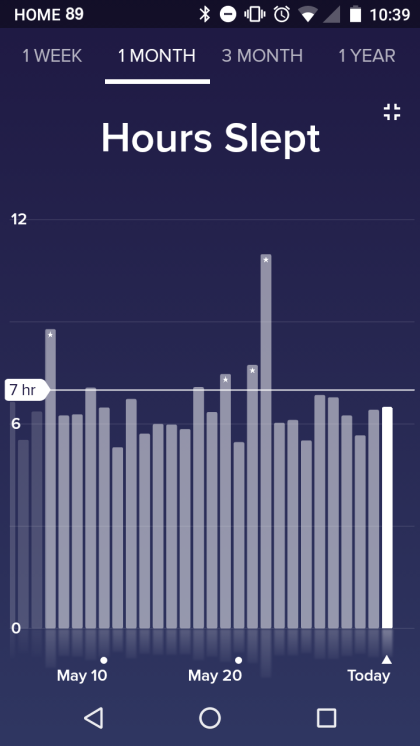 Here’s hoping that I learn from my mistakes and do better next month.  One thing I’m going to test in June is to see if this level of failure will motivate me to be more mindful of sleep.  If things don’t improve by the time July rolls around, I think I will set a concrete target for the number of nights I want to hit my sleep target.

2 thoughts on “May Sleep Check-in”